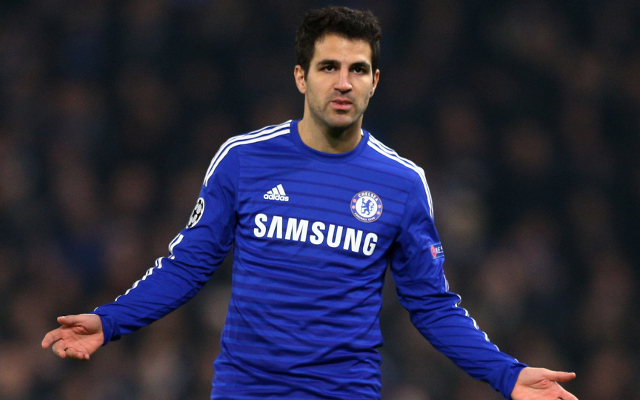 Influential midfielder Cesc Fabregas posted a picture to his Instagram account of his bloodied nose following Chelsea’s 2-1 win over Stoke at Stamford Bridge.

Fabregas appeared to take an elbow to the face from spectacular goalscorer Charlie Adam.

The Spanish international and former Barcelona and Arsenal midfielder was involved in a tussle with the tough tackling Scot Charlie Adam, with some suggesting the Stoke man should have seen red for an alleged elbow.

The picture Fabregas uploaded shows damning evidence of the injury he received during the clash, shortly before Adam scored a goal of the season contender to equalise for the Potters.

Only minutes after his coming together with Fabregas, Adam took it upon himself to shoot from around 60 yards out and inside his own half, firing an amazing goal past Chelsea’s Thibaut Courtois.

Following their 2-1 victory over Stoke, the Blues sit seven points clear the the top of the league with a game in hand over second place Arsenal, leaving them overwhelming favourites to lift the Premier League trophy for the first time since Jose Mourinho returned to Stamford Bridge.