Liverpool’s 4-1 thrashing at the Emirates Stadium wasn’t just bad news for Brendan Rodgers and his mis-firing squad, one fan was left looking ridiculous after losing an epic bet with an Arsenal supporter – leaving him with the world’s worst haircut.

The Reds fan posted to Reddit saying that every time his team play against Arsenal, he and his friend make a bet with each other and following their north London capitulation this weekend, the shocking barnet, which he must keep for eight days, was the end result.

Liverpool face Blackburn Rovers on Wednesday night in an FA Cup quarter final replay, a game which now takes on much greater significance as the Anfield side look unlikely to break into the top four after the weekend results.

After successive defeats against Manchester United and Arsenal, Brendan Rodgers’ men lie seven points outside of the Champions League places leaving the FA Cup as their only realistic chance of success this season. 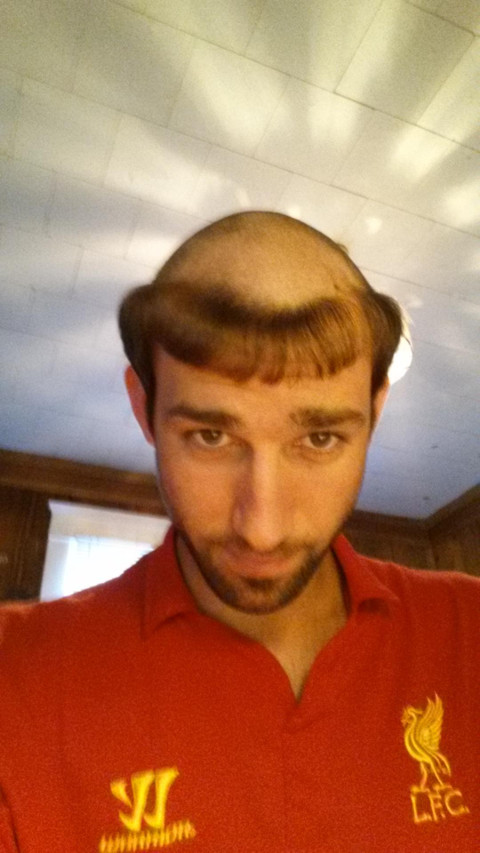