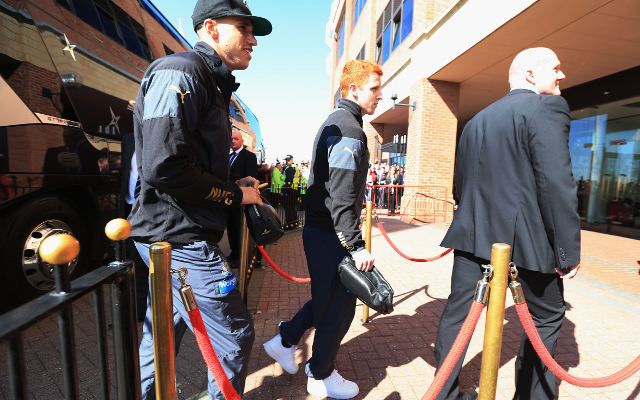 The Tyne-Wear derby between Sunderland and Newcastle, always promises to be a fiery affair, that can sometimes bring out the worst in players, fans, and – if you’re Paolo Di Canio – managers alike.

Dick Advocaat’s side are in serious danger of dropping into the relegation zone with just seven matches left to play, so would desperately love to take three points for the fifth consecutive time against John Carver’s men.

The game at the Stadium of Light will be former midfielder, Jack Colback’s, first game at the ground since his controversial move to their local rivals last summer. So you could understand, with so much riding on the game, why the home supporters will be looking forward to jeering him, and doing everything they can to make sure his current team don’t take the three points back to St James’ Park.

But it appears that some Sunderland fans have gone too far ahead of today’s crucial clash, by making a banner that depicts the 25-year-old being hanged.

Here is that shameful banner: