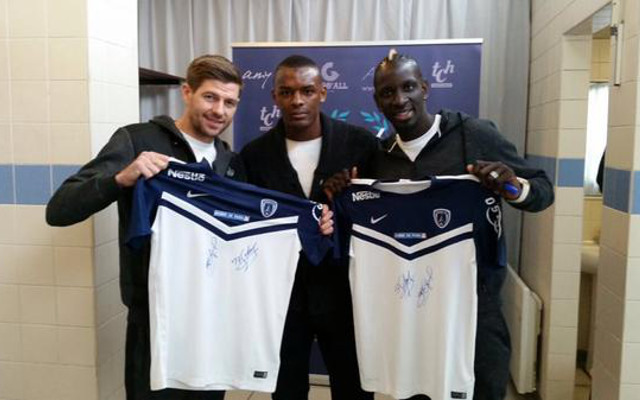 Liverpool stars Steven Gerrard and Mamadou Sakho were spotted in Paris on Sunday, the day after the Reds lost 4-1 to Arsenal, reports the Daily Express.

The pair were visiting a charity match at the latter’s former club Paris FC. The centre-back played for the team until 2002, when he moved to Paris St. Germain. The 25-year-old was very happy that his captain had taken the time to visit his childhood side.

Sakho said: “Steven had promised me a long time ago to come for a charity event. He told me he was free Sunday. It’s really special for me to welcome Steven to the locker room where I changed when I was 10 years old.”

This comes the day after the Merseyside club lost 4-1 to Arsenal at the Emirates, leaving their chances of qualifying for the Champions League hanging by a thread. Sakho had started in the defeat, but Gerrard was unable to play after being suspended for three matches following his stamp on Manchester United midfielder Ander Herrera.