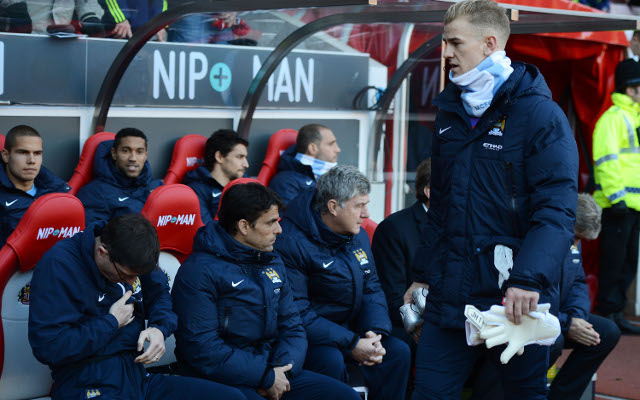 Manchester City goalkeeper Joe Hart may be one of, if not the first name on Manuel Pellegrini’s teamsheet, but the England stopper cannot forget when he was dropped for a lengthy period of time last season.

After joining the Premier League champions from Shrewsbury in 2006, Hart took a fairly long time to stamp his authority on the number one spot at the Etihad. Loan spells at Tranmere, Blackpool, and Birmingham, as well as the signing of Shay Given in 2009, all delayed the 27-year-old’s emergence. But since displacing the former Newcastle keeper ahead of the 2010-11 season, Hart has unquestionably taken his chance.

However, last season, a spell of inconsistency saw Pellegrini turn to understudy, Costel Pantilimon – who had previously mainly featured in the domestic cup competitions – to take the gloves in the Premier League. It was a month and a half that Hart spent rooted to the bench before being brought back into the fold, and according to the Sun, the spell on the sidelines still drives him.

“I have personal pride. I push myself personally,” Hart revealed.

Last summer, Pellegrini let Pantilimon move to Sunderland, and brought in Willy Caballero, who the Chilean had worked with at Malaga. Despite the history between the two, the manager has stuck with Hart, but the keeper admits that that could change with another dip in form.

“I think the world of Willy. I think he is a fantastic goalkeeper and I know full well that if my standards drop Willy will be in goal,” he added.

Despite the fears, Hart is enjoying one of his best spells in the side, and his recent performance in the Nou Camp against Barcelona was described by Lionel Messi as, ‘phenomenal.’