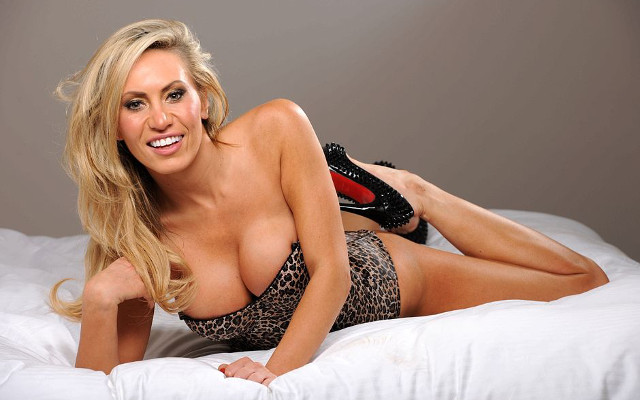 Fitness instructor Sarah Watson was threatened with a three-year jail sentence if she broke her silence on an affair with married Manchester United defender Marco Rojo, according to reports.

The romp took place at Manchester United’s Christmas party. Rojo admitted, according to The Sun, that the fitness instructor had performed a sex act on him while four of his pals watched on. After their original encounter, Watson was bombarded with messages asking for sex.

According to the Daily Mail, the brief fling came at a hefty price for the 34-year-old gym freak, as, after rejecting sex with the Argentina international, she was forced to pay £35,000 in legal fees after being labelled little more than a ‘greedy blackmailer’.

Sarah was bombarded with explicit texts and photos of Rojo’s manhood – and she was apparently unaware that the 25-year-old was married with children.

The Old Trafford star was granted a High Court injunction, but his hearing was dismissed by the court in March.

Speaking to the Daily Mail, she revealed all on the affair. She said: “He came over to me and sat down. His English was quite bad but he was chatty and said nice things to me about how I looked and how he liked my Versace dress.

“He said ‘You’re gorgeous, you’re the best looking girl in here.’ It was all very cheesy, but he’s so good looking that I gave him my number.”

She claims a friend of Rojo asked a shocking question when she later met up with the Premier League ace.

“He asked me how much it would cost for me to have sex with Marcos,” Watson added. “I told him that I was not a prostitute.”

Sarah reveals things turned sour soon after the rejection, saying: “People who look after Marcos claimed I had demanded £100,000 to keep quiet about our encounter.

“But it was a lie and they knew it. They tried to trap me.

“It was a bit risky. I discovered that he had a wife and daughter, but I did not think it was the first time he had done something like that.

“These guys are like spoiled rich kids. They are overpaid, oversexed and have a sense of entitlement.”