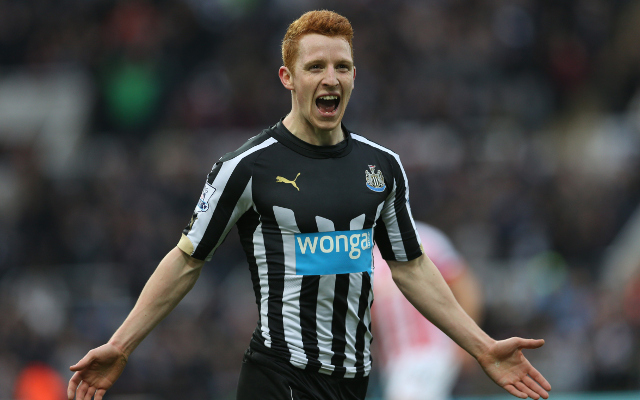 Newcastle midfielder Jack Colback received a frosty reception on his first return to the Stadium of Light since he left Sunderland in the summer for their local rivals. So it probably came as no surprise to him when objects were hurled towards him when he went to take a throw in.

But he probably wasn’t expecting to see a golf ball land by his feet.

As the 25-year-old went to take the throw in, the ball fell – seemingly from the sky – to within a couple of feet of Colback, who was filling in at left-back for the Tyne-Wear derby. He responded by flicking the object away behind him.

Before the game, there had been criticism after a banner, made by some of the home fans, that depicted the player they used to support, being hanged.

As if Colback’s day couldn’t get any worse, he and his teammates had to watch as Black Cats striker, Jermain Defoe hit a sumptuous volley on the stroke of half-time to give Dick Advocaat’s side the precious lead.