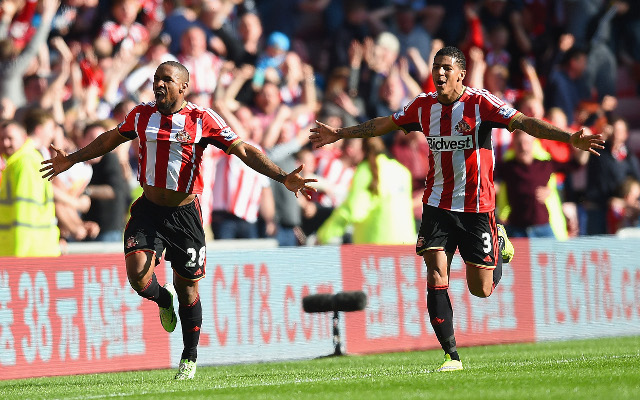 Jermain Defoe scored a stunning volley to give Sunderland a vital half-time lead in the Tyne-Wear Derby against Newcastle at the Stadium of Light.

The opener came after a long ball from goalkeeper Costel Pantilimon found the former England international’s strike partner, Steven Fletcher, who then won the header to lay the ball off to Defoe, who blasted it into the top corner, and gave Magpies keeper Tim Krul absolutely no chance.

It was the one moment of real quality in a scrappy first period. The 32-year-old had himself squandered a great opening midway through the half. Played in, Defoe flicked the ball perfectly from behind him into his path, before his poor second touch, where he tried to cut in onto his right foot, allowed the Newcastle defence to clear the chance.

But he atoned for that failure with an incredibly sweet volley. In a weekend of sensational goals, including Charlie Adam’s strike from within his own half, where does Defoe’s hit rank?