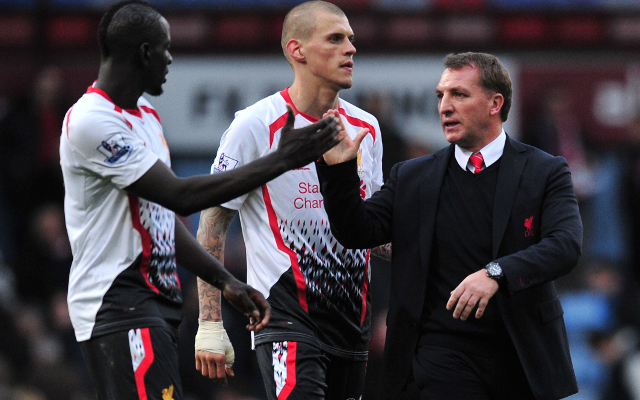 Liverpool defender Mamadou Sakho was left embarrassed – not just after yesterday’s humiliation at the Emirates – but, also after almost being left hanging by a young fan, when he went for a high-five and fist bump.

After the first part of the ritual, the youngster starts to walk away, leaving the centre-back looking around with his fist clenched. Luckily for the 25-year-old, the kid obliges – just – and returns to spare some of the former PSG man’s blushes.

How confused does Sakho look here?

He is not the first Reds player however, to be tricked by the apparent innocence of youth.

In 2006, Liverpool captain, Steven Gerrard was fooled by a five-year-old Chelsea mascot in the tunnel at Stamford Bridge. Jake Nickless was standing alongside Blues skipper, John Terry when Gerrard walked down the steps, ready to go out onto the pitch.

Despite wearing the Chelsea kid, Nickless told Terry he wanted to meet the Liverpool legend, and extended his hand out to the midfielder. As Gerrard started to return the gesture, Nickless withdrew and blew the Champions League winner a raspberry, to which Gerrard could only reply with a tap on the young boy’s cheek, whilst the others in the tunnel laughed at what had just transpired.