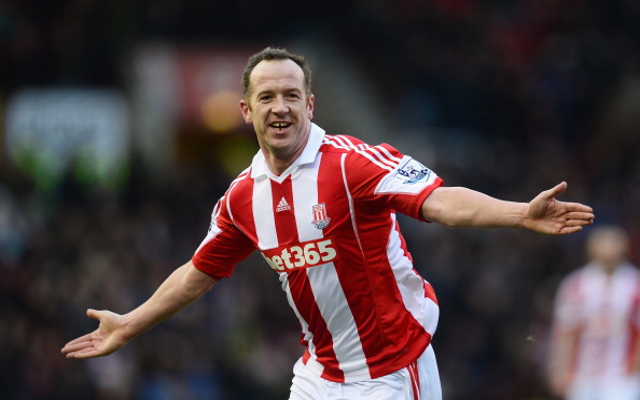 Stoke City midfielder Charlie Adam is much maligned by the Premier League fan-base ever since he burst onto the season for Blackpool in the 2010/11 season which earned him a move to Liverpool.

It seemed as though it would turn out to be an ideal switch for the Scotsman and he’d be a potential long-term replacement for Steven Gerrard, it quickly became apparent that wouldn’t be the case.

However, from wonder-strikes to truly outrageous challenges which have earned him red cards, Adam has had some considerable moments over the past few years.

We have decided to delve into the to archives to find his best five.

It is only right to start with the moment which prompted this piece and quite possibly the best goal he’ll ever score in his career. Not only was the strike an outrageous one, but to do it against a side like Chelsea and, crucially, a ‘keeper like Thibaut Courtois, it was simply a once-in-a-lifetime moment.