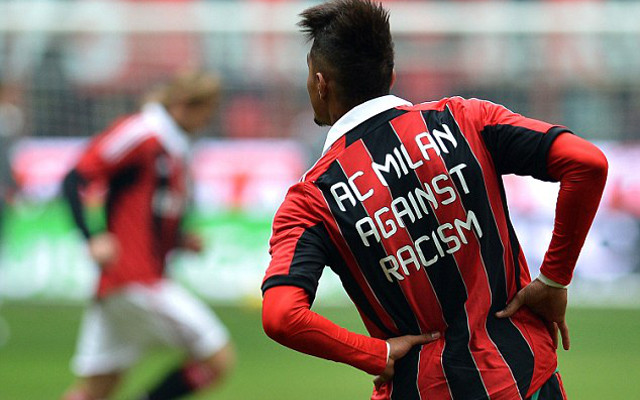 AC Milan’s under-10 team was reportedly subjected to racial abuse from supporters in the stands during their 4-0 victory over Paris Saint-Germain in the semi-final of a youth tournament in Italy.

According to BBC Sport, a section of supporters watching the Universal Cup tournament fixture targeted Milan’s black players – in what is a shocking new case of racism, highlighting just how serious discrimination in football remains.

The Italian giants are aware of the reported disturbance, but have not yet been able to confirm whether the allegations are accurate – but if it is confirmed, they insist that the incident is wholly ‘unacceptable’.

They released this statement on their official website on Monday morning.

‘It has been brought to our attention however that during yesterday’s match between Milan-PSG, that there was alleged incidents of racism from certain ‘people’ in the stands towards Milan’s black players.

‘We do not wish to magnify the issue, but truly hope that these reports aren’t true or that it was simply a sporadic incident. If they were to be confirmed, then it would be simply unacceptable.’

Milan reached the final of the competition after beating Benfica, but the youngsters’ impressive performances in the tournament have sadly been marred by the controversy.