Barcelona extended their unbeaten run in La Liga to five games on Sunday evening with a narrow, and hard fought for, 1-0 victory over mid-table Celta Vigo.

Perhaps shell-shocked by rivals Real Madrid’s earlier 9-1 demolishing of Granada, Barca’s display was far from the performance of champions, as they certainly had to dig deep to grab all three points at the Balaidos, only just securing three points with a late header from Jermey Mathieu.

Nonetheless, a win is a win, and the Spanish giants, barring an unthinkable slip up, look set to lift the La Liga trophy at the end of the season – and were in high spirits – with stars Neymar, Dani Alves and Adriano posing for snaps after the victory.

Take a look below at the pictures posted by Neymar and Dani Alves on their Instagram pages. 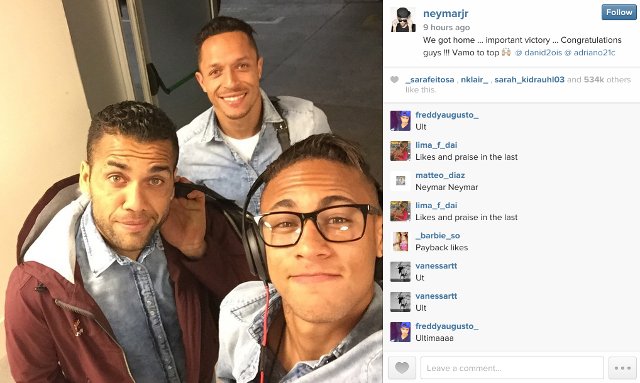 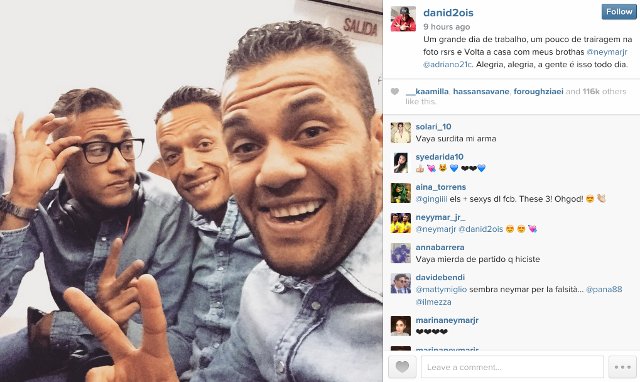 Alves in particular looks to be beaming, however, if rumours on the transfer grapevine prove to be true, this will be the Brazilian’s final few months at the Camp Nou, with his contract expiring in the summer and, according to Squawka, on his way to Manchester United.