Chelsea striker Diego Costa pulled up with a hamstring injury during the Blues 2-1 victory over Stoke City on Saturday, potentially endangering their Premier League title push.

It is likely that French striker Loic Remy will take the 26-year-old’s place in the side, and statistics have emerged that show the Stamford Bridge outfit may actually be better with the reserve forward in the side. The 28-year-old has a better minutes per goal ratio than the Spain international, and also passes the ball more accurately.

So just when Manchester City, Arsenal, and Manchester United may have started to think they have a chance of taking advantage of Costa’s absence, it may turn out worse for their respective title challenges. Chelsea are already top by seven points, and still have a game in hand to play. They are up against QPR next, before consecutive fixtures versus the Gunners and the Red Devils. 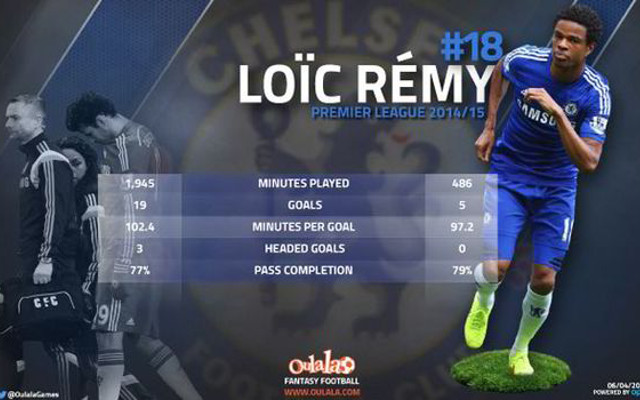