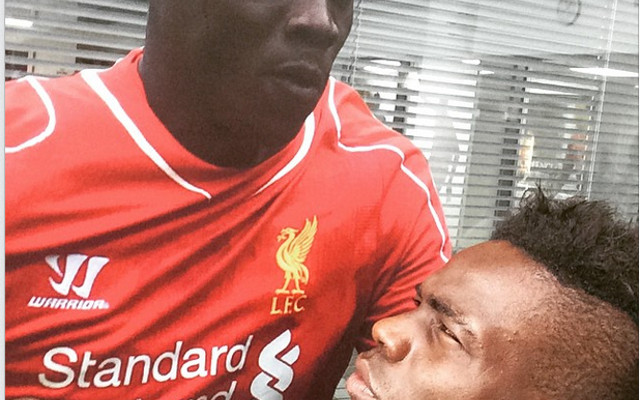 Liverpool star Mario Balotelli has posted yet another unexplainable message to Instagram, this time featuring a cardboard cutout of himself.

The striker has struggled in his first season at Anfield, scoring just four goals in 25 appearances for the Reds. However, it looks like the Italian still loves the club from this image, claiming ‘we’ love Liverpool, seemingly referring to the picture of himself.

Since the return of Daniel Sturridge from injury the 24-year-old has found it difficult to get in to the first team at Anfield, and looks likely to keep finding it tough for the rest of his time on Merseyside.

The Reds’ season almost entirely hinges on their FA Cup replay against Blackburn Rovers on Wednesday. With this bizarre post, could Balotelli be getting ready for more weird actions on the pitch?