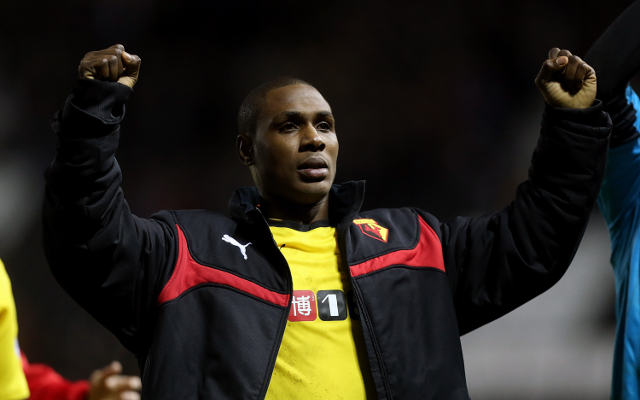 Watford striker Odion Ighalo has doubled the lead for the Hornets with a spectacular strike at Vicarage Road against Championship leaders Middlesbrough.

The Nigerian wonderfully found space on the edge of the box before firing into the top corner for his 19th goal of the season.

Check out the superb goal which made it 2-0 below:

This comes after Troy Deeney had given the Hornets the lead, five minutes before the end of the first half.

If the scoreline stays the same Watford will replace Boro at the top of the table ahead of the three o’clock kick-offs on Easter Monday, in what is turning out to be a thrilling end to the season in the Championship.

Boro need to find a way back into the game but have only won once in their last four games away from home in the league although it came against a fellow promotion chasing rival in Derby County.