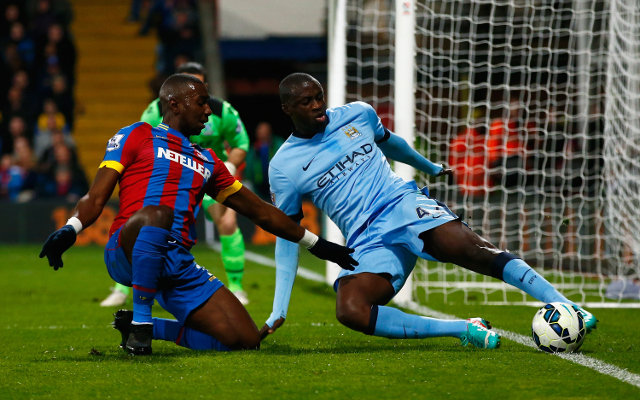 Midfielder Yaya Toure may not be having his best season for Manchester City, but he once again proved that when his side’s back is against the wall, he can still produce that moment of quality to give them a lifeline. His curling effort from the edge of the area brought Manuel Pellegrini’s side back into their clash with Crystal Palace, having trailed 2-0 with fifteen minutes to go.

The game had looked like the day when City’s hopes of clinching consecutive Premier League titles were crushed. Glenn Murray had given Alan Pardew’s men a controversial lead ten minutes before the break, before Jason Puncheon doubled the lead three minutes into the second-half at Selhurst Park.

Despite the deficit, the away side had been the more aggressive side throughout the game, but largely failed to test Palace keeper, Julian Speroni. They were eventually rewarded for the pressure when Toure hit a powerfully placed shot into the far corner. The Argentinian could do nothing about the strike, and suddenly it was game on.