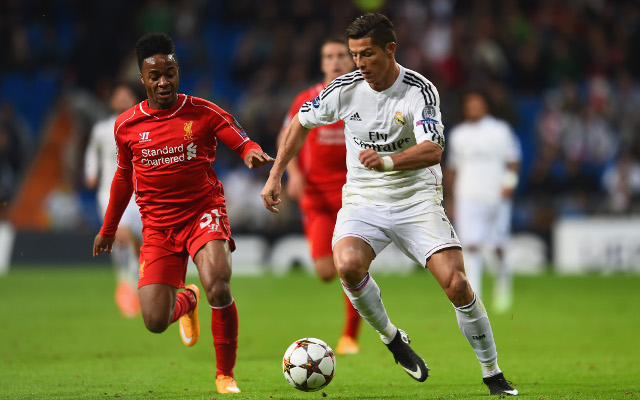 Real Madrid hero Zinedine Zidane has confirmed that the Spanish giants are keeping an eye on the current situation regarding Liverpool winger, Raheem Sterling.

The French World Cup winner – who also helped Madrid to the 2002 Champions League title, scoring the winner in the final – is back at his old club as the manager of the B team, Castilla. His work with the young players at the Bernabeu has led to the assumption that he is being lined up to one day become the number one of the main side.

According to the Daily Mail, the 42-year-old explained that the England international is certainly on their radar, but for a bid to materialise, the player needs to make a serious impact.

“We know who Raheem Sterling is, and of course we are monitoring him as a player.

Ominously for Liverpool fans hoping to keep the 20-year-old, Zidane referred to previous high-profile acquisitions when discussing their transfer policy.

“We monitored Bale for over a year, the same with Isco and also Varane,” he added.

Sterling has seemingly put himself into the shop window, after knocking back a lucrative new contract with his current club, and subsequently taking part in an interview – unsanctioned by the Reds – to explain why he rejected the new deal.