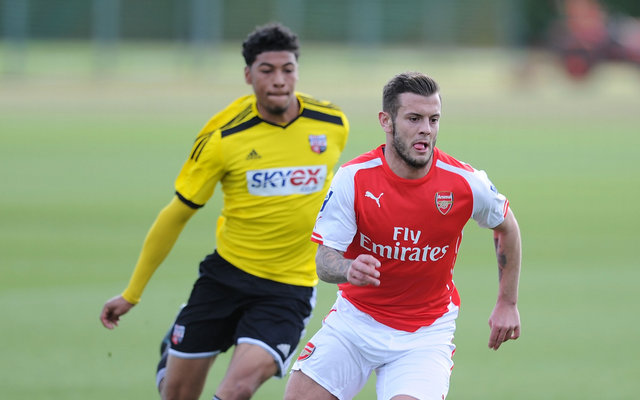 Arsenal have been handed a boost in their attempts to derail Chelsea’s title charge with the news that recovering players Jack Wilshere, Abou Diaby, Mikel Arteta and Serge Gnabry are set to feature for the U-21s on Tuesday evening in a league game against Stoke City, the club has confirmed.

The former trio all played in a friendly at London Colney last week as they stepped up their rehabilitation from various long-term injuries; Diaby is yet to feature in the league for Arsenal since the back-end of last season.

Wilshere scored and assisted two of Arsenal’s goals against Brentford U-21s and is arguably the returning player with the most to prove. Injured during one of his most dominant spells since bursting onto the scene, the central midfield positions is littered with many options for Wenger to choose from.

Aaron Ramsey found himself deployed on the right-hand side of midfield against Liverpool as Wenger continues to favour the likes of Mesut Ozil, Santi Cazorla and Francis Coquelin.

Arsenal face Burnley on Saturday and the returning quartet will hope that more game-time will persuade Wenger to include them in the match-day squad heading to Turf Moor.