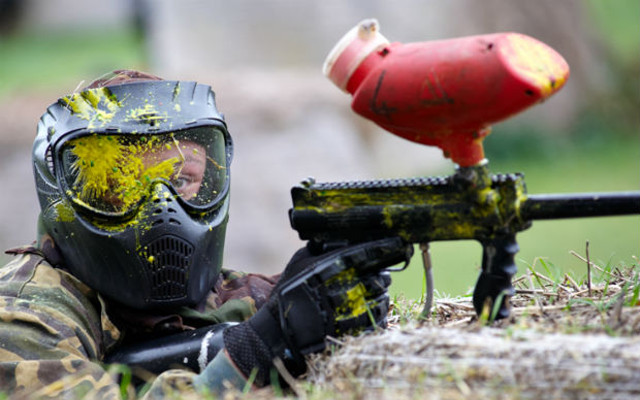 Part of the Arsenal squad took part in a rather unusual type of pre-match preparation as they went paintballing ahead of a crucial weekend game at both ends of the Premier League table against Burnley.

Whatever the Gunners squad are doing in preparation for their games, it seems to be working after an amazing upturn in form which has seen them shoot up to second in the table after a seven game winning streak, fuelling talk of a late title challenge.

David Ospina, Gabriel Paulista, Santi Cazorla, Alexis Sanchez, Danny Welbeck and Kieran Gibbs were pictured following a paintball outing, with the England full-back having apparently been fairly disappointing and very much in pain.

Gibbs though will want to shake off any bruises, physical or of his ego, fairly quickly to ensure his side finish the season as strongly as possible, with the possible retention of the FA Cup in their sights.