Arsenal fans won’t be thinking too far into the future considering how well the second half of the season is currently going for the north Londoners with an unexpected title challenge even a remote possibility.

But new images have emerged online which claim to show just what kit the Gunners will be wearing for the 2015/16 campaign.

It will be Puma’s second attempt at a kit for Arsenal having agreed a five-year, £30 million-a-season contract in 2013, according to Daily Mail.

And it certainly looks like the German sportswear manufacturer are improving as they go along, with the iconic kit design complimented with a set of new design features.

A gold trim is visible on both arm sleeves whilst there is a more pronounced, polo shirt-esque collar with one button and a gold border. 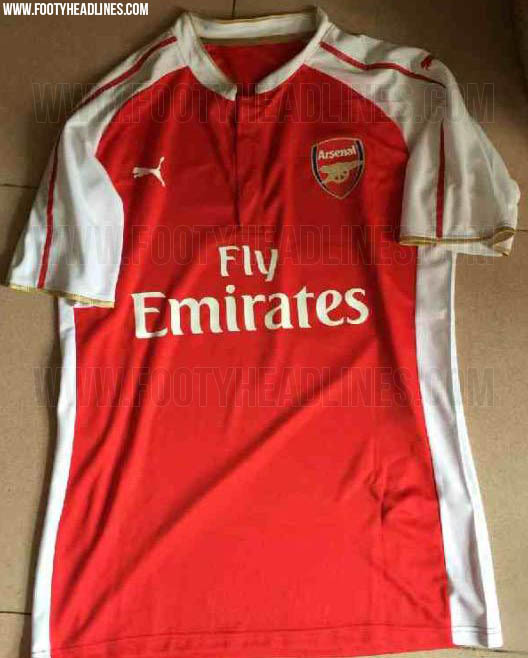 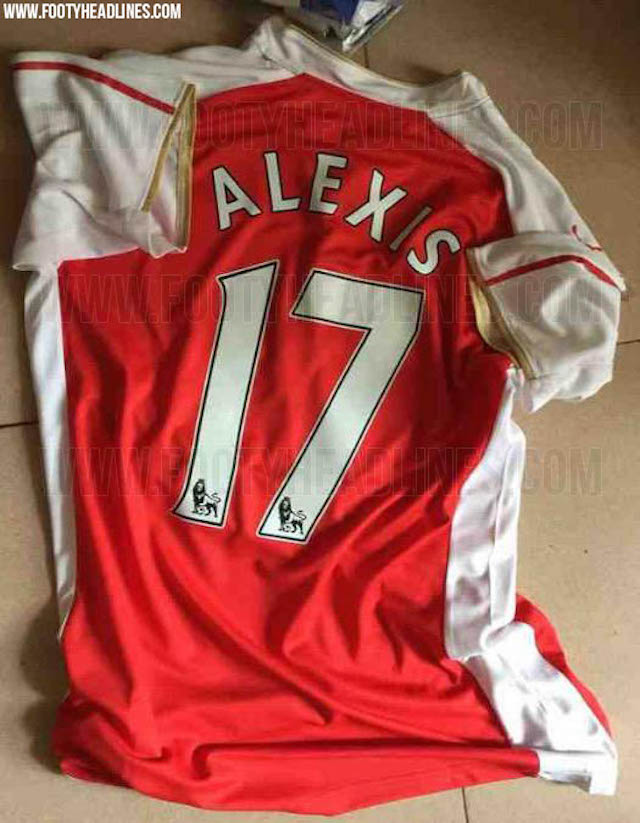 Whether this is the actual new design is yet to be seen and there’s still no indication of what the possible away and third kits could look like.