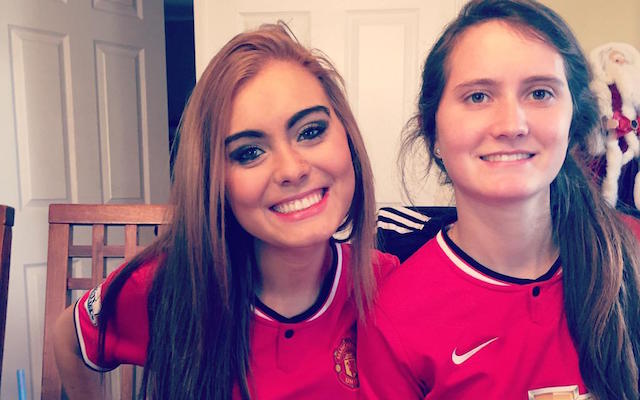 Ander Herrera might be scoring doubles on the pitch as he did against Aston Villa at the weekend but it also seems he’s doing it with Manchester United fans also, with this female supporter revealed as an eerie doppelgänger to the Spanish midfielder.

A United fan tweeted a snap before the weekend of her sister who looks incredibly like the Spaniard and has since seen it go viral.

Diego Costa is that you? pic.twitter.com/xmwMqv74TT

And just to be sure the Red Devils summer signing knew about it, the picture was then tweeted directly at the former Athletic Bilbao man but he is yet to respond. The crazy likeness joins the annuls of incredibly footballing lookalikes including recent examples of Zlatan Ibrahimovic, Diego Costa and Gareth Bale.

Diego Costa is that you? pic.twitter.com/xmwMqv74TT

Soon we might even be able to get a footballing XI of doppelgängers if pictures continute to surface of creepily similar resemblances between members of the public and world class footballers!