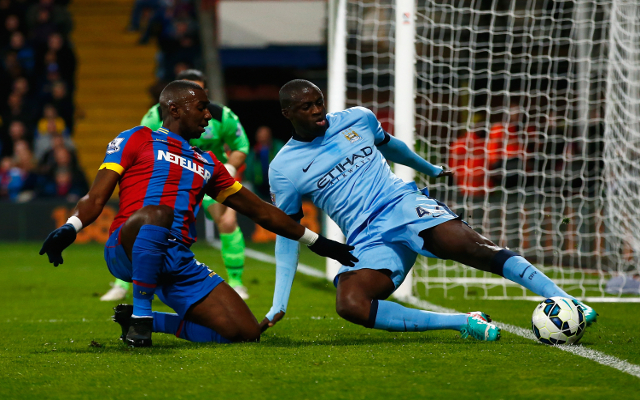 Serie A side push on with ambitious move to sign Etihad Stadium star.

Former Man City boss Roberto Mancini is keen to lure his former charge Yaya Toure to Inter Milan and will offer the veteran the security of a five year deal according to the Daily Mail.

The Daily Mail claim Toure is currently on a £220k a week deal and that Man City will look to hand the player a fresh contract in the summer but a five year deal from Inter Milan may tempt the former Barcelona man if he feels Manuel Pellegrini’s side are on the wain.

Yaya Toure had arguably the best season of his career last term, the powerful midfielder weighing in with an incredible 24 goals in all competitions, and one can see why Man City would be keen to avoid losing such a pivotal member of their first team set-up.