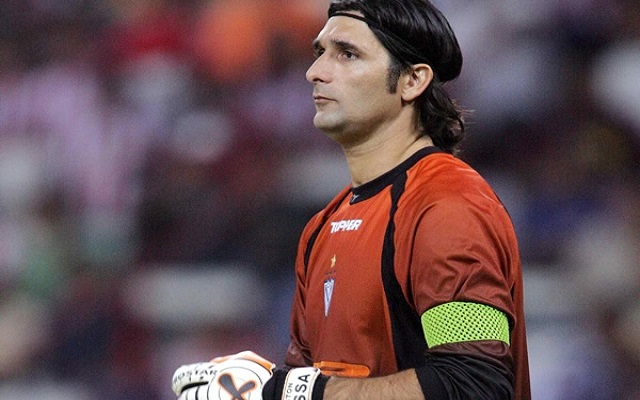 In the Argentine second division, the ‘Primera B Nacional’, Boca Unidos’ veteran keeper Gaston Sessa has been charged with attacking a player from rivals All Boys. The player was already lying injured on the floor.

Sessa, who is 41, is a former player of Racing Club, River Plate and Velez Sarsfield.

He is certain to receive a severe a disciplinary sanction after the incident. It is not the first time the player has deliberately attacked someone on the pitch; he has a long history of violent incidents.

In the video below you can see his most recent attack:

And in the following video you can see a collection of some of Sessa’s most violet attacks, in which referees, players and ball boys all feel his wrath. He is widely regarded by Argentine fans as one of the most unhinged players to ever player professional football in the country.