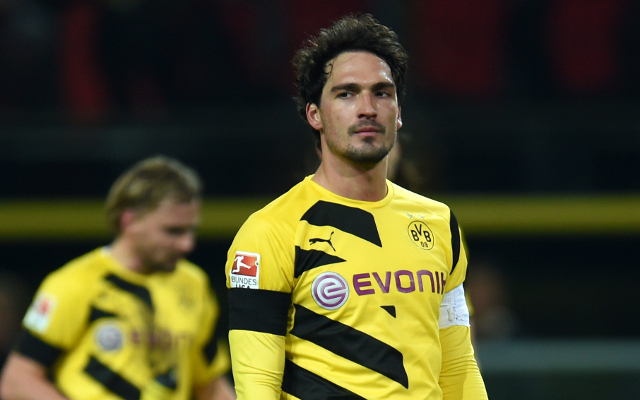 Borussia Dortmund have offered Mats Hummels a contract extension to keep him from joining Manchester United as the defender considers his future at Signal Iduna Park, according to The Daily Mail.

The Germany international has been a transfer target for the Red Devils for a long while, though he remains undecided on his future.

Dortmund CEO Hans-Joachim Watzke is confident about the in demand central defender extending his stay though, stating;

“We continue to plan with him. We will continue our dialogue with Mats regarding our collaboration.”

Hummels sat out of Dortmund’s 3-2 German cup quarter final victory over Hoffenheim as he watched his side book a place in the semi-finals, and while the 26-year-old has two years left on his contract, he still cannot be swayed either way at the moment.

He said, “There’s no particular tendency one way or the other. It’s just thoughts going through my mind. It will all become clearer in the coming weeks.”

Louis van Gaal is actively looking to strengthen his faltering back four and it is reported that he may spend up to £30 million in an attempt to prize Hummels away from Dortmund.