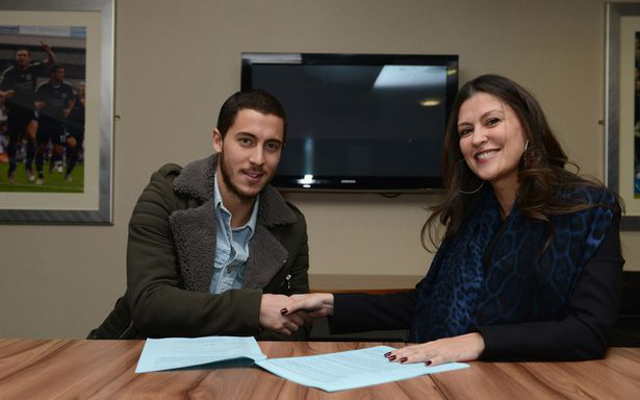 While Roman Abramovich likes to remain silent in the background, letting his money do the talking, Mail Online has reported that a long-term colleague is in line to reveal everything about the billionaire owner.

Since becoming the owner of Chelsea in 2003, Abramovich is yet to speak in public, and it may be that he never does, so the only way fans and the media will get to know anything about him is via his right-hand woman Marina Granovskaia.

And the current Blues director is scheduled to speak at a women in sport conference next month, which would be her first public appearance since effectively replacing former CEO Ron Gourlay who departed last October.

According to Mail Online, Granovskaia is the most powerful woman in English football today as she handles all transfer and contract negotiations at the club, meaning she was solely responsible for selling David Luiz to PSG for £50million and tying down Eden Hazard to a new long-term contract.

The report goes to say she has a tough negotiation style, allegedly giving captain John Terry an expletive ridden ultimatum before he signed his new one year deal at Stamford Bridge.