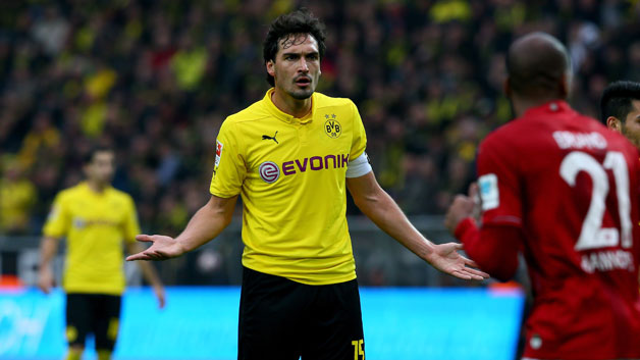 Chelsea have reportedly joined the race to sign much sought after Borussia Dortmund star Mats Hummels according to the Daily Express.

Jose Mourinho will look to see off other prospective suitors, including Man United and Arsenal, as he sets about luring the World Cup winner to Stamford Bridge.

The Daily Express claim that Chelsea are willing to meet the 26 year old’s £37m release clause though Mourinho is then ready to turn to Real Madrid’s Raphael Varane should his advance for the German international fail.

Chelsea have the second best defensive record in the Premier League, only Southampton have conceded fewer, and as such it’s perhaps surprising that Mourinho would be ready to spend such large sums to improve his back-line.

A move for Hummels is perhaps with a view to finding a long term replacement for veteran captain John Terry, with youngster Kurt Zouma being used most regularly in a defensive midfield role.

Hummels has seen his Westfalenstadion side fall far off the Bundesliga title pace and Borussia Dortmund are unlikely to secure a Champions League berth, which could further hasten his departure from the German outfit.