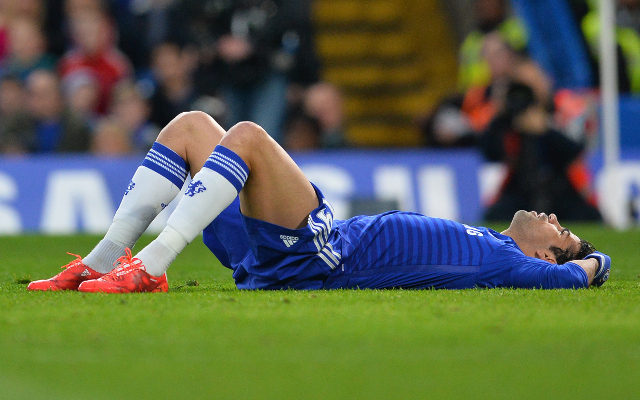 Chelsea striker Diego Costa’s latest hamstring injury could keep him on the sidelines for what is being described as an ‘extended period’.

The forward tops the Premier League goalscoring charts along with boy-wonder Harry Kane, but was forced off against Stoke City at the weekend after just 11 minutes on the field.

The Spanish international had previously sat out the international break after injuring the same muscle against Hull City in March.

Costa’s scans are still being assessed by medical personnel but a source close to the player has told The Sun newspaper that the injury is ‘worse than ever before’.

Jose Mourinho has already claimed his striker will be out for around a fortnight with the problem, though this was a snap reaction following the win over the Potters on Saturday.

Currently it’s believed Costa could be back in contention for what could be a potential title-decider against Arsenal on April 26th at the Emirates but it’s unclear whether this return date takes into account these latest claims.