The Vancouver Whitecaps pair of Russell Teibert and Kekuta Manneh were the two stand-out performers in the MLS ‘Team of the Week from Round 5.

The team, which is published every week on mlssoccer.com, saw the eleven players line up in a 4-3-3 formation.

Teibert was selected on the left of the midfield three after an impressive performance in his side’s 2-0 win against LA Galaxy, during which he reduced Galaxy star Robbie Keane to a bystander for the whole ninety minutes.

Team mate Manneh was picked directly in front of him on the left of the front three. He scored the team’s opening goal, supplied the assist for the second, and single-handedly took more shots than the entire LA Galaxy side. 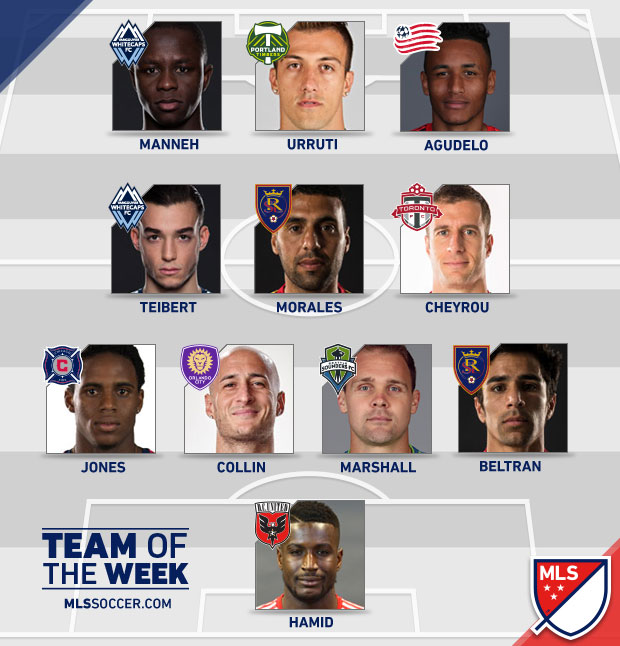