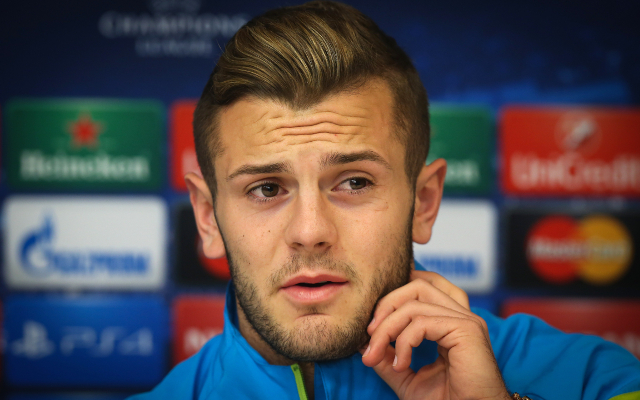 Arsenal midfielder Jack Wilshere says he is ready to play a part in the season run-in after completing 90 minutes on his return from injury for the u-21’s as they beat their Stoke City counterparts 4-1 at the Emirates on Tuesday night.

The 23-year-old has not played for the first team since picking up a ankle injury in the 2-1 home defeat by Manchester United back in November, but was named on the substitutes bench against Crystal Palace two months ago.

He then had a minor operation on his ankle, and made his return to action in a behind closed doors friendly last week where he scored one and assisted two in a 4-1 victory against a Brentford XI. 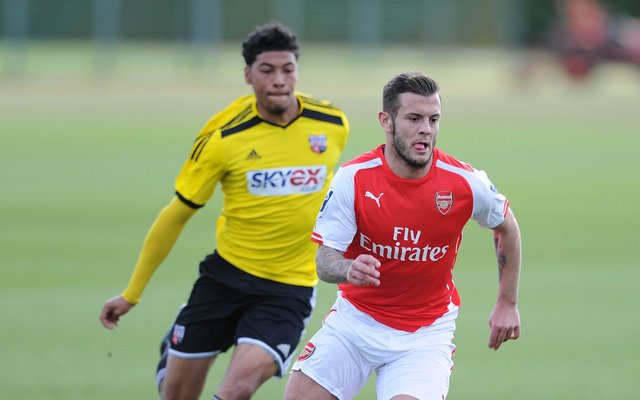 Now his road to recovery is almost complete after playing the entire game against a young Potters side and the England international is desperate to play a part in the Gunners’ end to the season, which could see them achieve a top-two finish in the league and retain the FA Cup.

“You can train as much as you like but you can’t get that match fitness unless you play.” he told the club’s official website.

“I feel like I’m ready to play some part. When you’re injured you look at your comeback date and the games around that time.”

“The one that stands out is the FA Cup semi-final but even before that we’ve got big games and we’ve got to got to Man United as well so there’s a chance to play this season.” he added.

It remains to be seen whether Wilshere will be in the squad when Arsenal travel to Burnley at the weekend, looking to close the gap on league leaders Chelsea, who don’t play until Sunday against Queens Park Rangers.