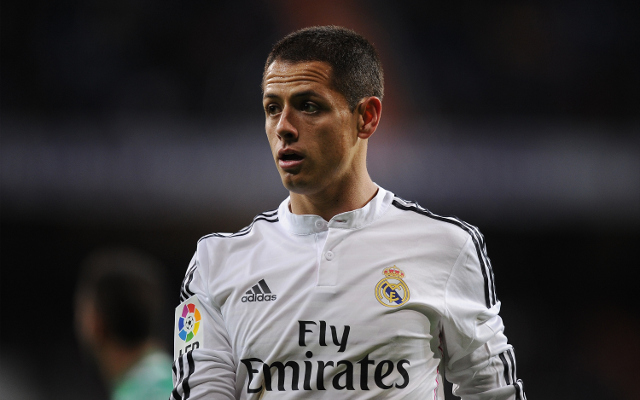 Despite spending the majority of this season warming the Real Madrid bench, Javier Hernandez’s popularity has certainly not dwindled, as nine clubs are lining up for his signature in the summer.

The striker is in high demand at the end of the season, with on loan club Real Madrid almost certain not to sign the forward on a permanent basis, while parent club Manchester United also look set to cash in.

Hernandez has one year remaining on his contract at Old Trafford, and the Red Devils are well aware that they could still pocket a reasonable amount for the Mexico international, who is unlikely to be a part of Louis van Gaal’s plans for next season.

According to Spanish newspaper AS, five Premier League clubs are interested in the ‘Little Pea’: Southampton, Everton, Stoke City, West Ham United and Liverpool, as well as Serie A sides AC Milan and Lazio, Bundesliga outfit Vfl Wolfsburg, and MLS side Orlando.

According to the Daily Star, Manchester United will demand £8m for Chicharito, and the club are reportedly keen on a swap deal for Southampton full-back Nathaniel Clyne too.