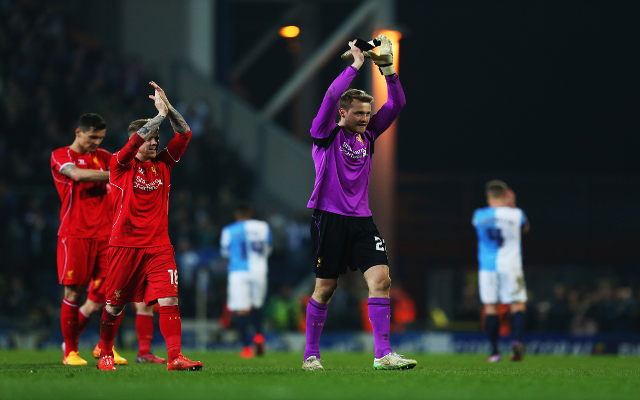 Liverpool have booked their place at Wembley and are set to face Aston Villa after overcoming Blackburn Rovers at the second attempt following a lovely winner by Philippe Coutinho.

Brendan Rodgers highlighted the importance of the game in the pre-match build up which only heightened the expectation, and the Red duly delivered.

As ever in this new age of social media, Liverpool players, from the past and those currently plying their trade at Anfield, reacted to reaching a first semi-final since facing neighbours Everton in 2012.

Here a collection of the best posts.

Well done boys!!!! Next game at wembley!!! Great night for the team. Amazing the supporters as always

Great win for Liverpool 1 vs Blackburn 0. @Phil_Coutinho proved again how important he is for the club, Present and Future. #YNWA

@phil.coutinho magic boy! Grande! Nothing stop me to watch my team winning. ( at least this time you know the real reason why I am out) . MISS THE PICTH SO MUCH… #unluckyseason #YNWA #illbeback