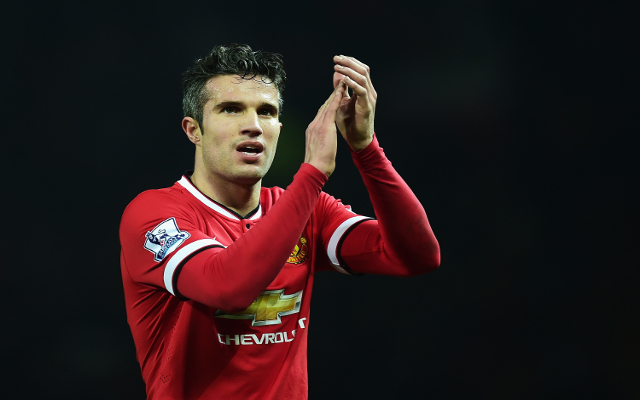 The Dutchman was widely-expected to miss the eagerly-anticipated fixture at Old Trafford and could still find that time is against him having been absent for the last six games as a result of the ankle problem he sustained against Swansea City in February.

However, he has given Red Devils boss and compatriot Louis van Gaal something to think about by joining his team-mates in training today and declaring that he is raring to go as United look to secure Champions League qualification.

Back to training with the group today. Was a great session. Happy to be fit and able to play again. Looking forward to my next game!

The 31-year-old former Arsenal captain has netted 10 goals for United this term, the last of which came in the 3-1 victory over Burnley on February 11. His injury against the Swans 10 days later was the last time he kicked a ball in anger for his team, and from the sidelines he has seen them embark on a run of form which has put them firmly on track for a top-four finish.

Five successive Premier League wins has enabled them to climb above City into third position, and if he is deemed fit enough to feature on Sunday he faces the task of convincing van Gaal to tinker with the winning formula which took the best part of eight months to find.