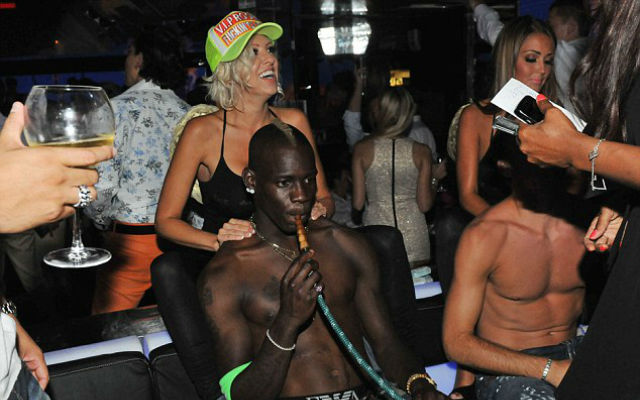 It seems to be going from bad to worse for Liverpool flop Mario Balotelli after he was spotted partying into the small hours at a nightclub just days after claiming to be too injured to play, according to The Sun.

The 24-year-old sat out of Liverpool’s embarrassing 4-1 defeat to Arsenal at the weekend after telling Brendan Rodgers that his knee was too sore to play on.

But that was not enough to stop him and a group of chums from grabbing a private table at Manchester nightclub One Central Street, where they downed round after round of vodka.

The Italian international even used the ladies toilet at one point and joked with female clubbers as he left.

“Mario looked to be in great spirits,” one onlooker said.

A club spokesman declined to comment on the incident on Tuesday night, but it surely can’t mean good news for his already struggling Anfield career.

With Daniel Sturridge missing for the next month with another injury, Balotelli may just have partied himself out of the starting line up.