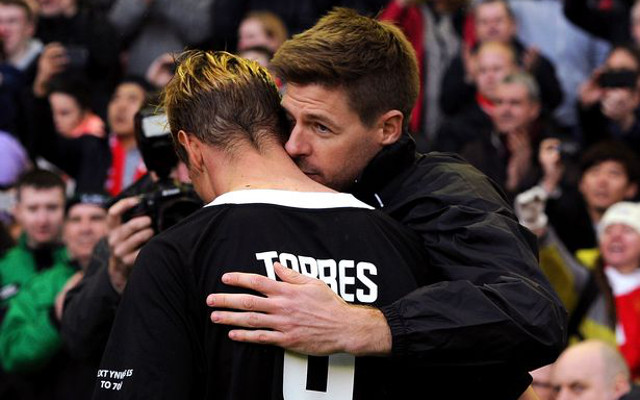 A clip of Fernando Torres being snubbed for a group photo at the Liverpool’s all-star charity game last month has quickly spread online.

Fernando Torres openly expressed his joy at returning to Anfield in Liverpool’s all-star charity game at the end of March, but there was one awkward moment for the Spaniard after he seemed to be ignored for a group photo.

Take a look at the unfortunate moment for the former Reds striker below:

Torres stepped out at Anfield, alongside a number of his former team-mates, including Steven Gerrard and Xabi Alonso, and confessed his return to the club he left under a dark cloud in January 2011, after sealing a move to rivals Chelsea, was an emotional dream (via the Daily Mail).

Nonetheless, despite the apparent on pitch snub, the Atletico Madrid striker received a stunning reception from his former club, as they loudly sang the famous ‘Fernando Torres Liverpool’s number nine’ chant.