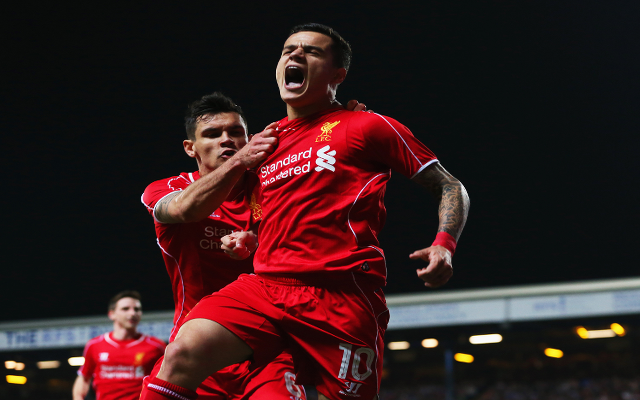 Liverpool playmaker Philippe Coutinho has opened the scoring in the FA Cup replay clash against Blackburn Rovers which could be the goal to turn the Reds season around.

The FA Cup was seen as a chance for Brendan Rodgers’ side to save their season after Saturday’s 4-1 defeat to Arsenal all but ended their hopes of finishing in the top four.

With Steven Gerrard and Martin Skrtel suspended, Liverpool desperately needed their big players to stand up and be counted and it is Coutinho who has delivered; as he on so many occasions this season.

Check Coutinho’s lovely worked goal below as Liverpool look set to claim a place at Wembley for a semi-final against Aston Villa.