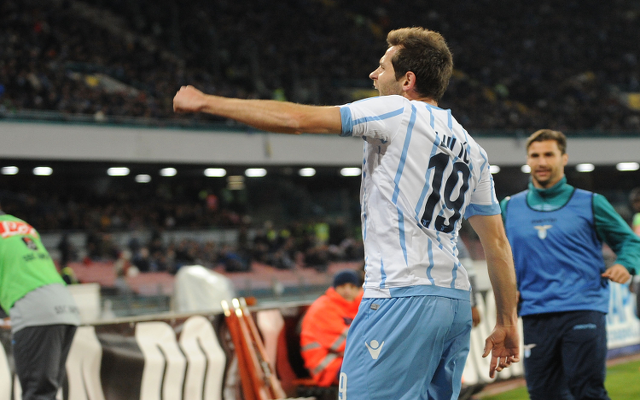 Napoli were left reeling after Lazio snatched the semi-final Coppa Italia tie from their grasp in the dying moments of the game after being second-best for most of the 90 minutes at the Stadio San Paolo.

Rafa Benitez’s side were looking to retain the trophy and after coming into the game with the scores at 1-1, Napoli only needed a goalless draw to secure a final against league leaders Juventus due to the away goals rule.

Here are the highlights from a game many wouldn’t have expected Lazio to win.

Antonio Candreva almost gave Lazio the lead with a long-range effort after the veteran Miroslav Klose produce some excellent hold-up play. The shot may have taken a little defection, but Lazio’s big chance was to come.

As Napoli continued to dominate, they were hoping for a chance to fall to their main man Gonzalo Higuain and when a low ball was destined for him at the far post, the Argentine was denied by a last-ditch challenge.

The home crowd was stunned in the last 10 minutes as substitute Senad Lulic steamed into the box to fire home and knockout the holders after their hatful of misses came back to haunt them.