Chelsea have become the latest club in the Premier League to look towards the largely unexplored market of Asia for new talent, after Jose Mourinho’s side followed up the announcement of their lucrative sponsorship link with a Japanese tyre firm, by placing a bid for one of the J League’s hottest properties.

According to the BBC, the Blues have made an offer for FC Tokyo midfielder, Yoshinori Muto. The 22-year-old has already been capped eleven times by his national side.

If a bid does turn into a signing, here are three players from the continent that Muto will be hoping to emulate with his performances, and three others he would rather not draw comparisons with during his time in England:

The midfielder signed for Arsenal in 2001, one year before his country co-hosted the World Cup, suggesting that his acquisition was something to do with raising the Gunners’ profile in the east. However, Inamoto left the club just before the tournament without making an appearance.

He then moved across the capital to Fulham, with his new club noting on their official website that in his home country, he was ‘bigger than Beckham.’ But, neither his spell at Craven Cottage, nor at West Brom lived up to the hype. He made just fourteen appearances with the Baggies during his two years before disappearing to Turkey.

Dong joined Manchester United in 2004 for £500,000, but spent much of his time with the club out on loan with Belgian side, Royal Antwerp. He had an impressive record for Antwerp, scoring thirty-four goals in seventy-one games. But that failed to impress the hierarchy at his parent club.

In four years at Old Trafford, he featured once in the Premier League against Chelsea, but didn’t get on the scoresheet. 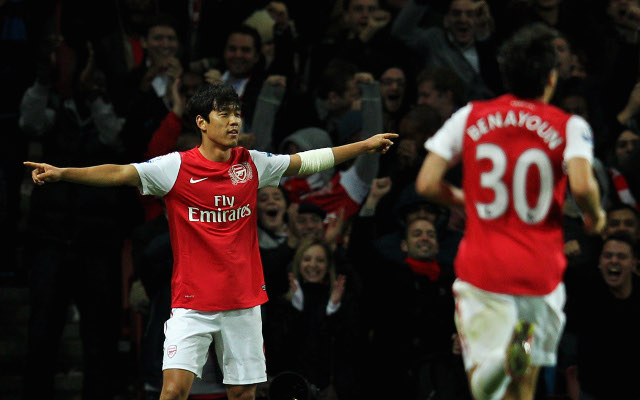 Bizarrely, Arsenal signed Park despite the striker having a fairly average record in both South Korea and France. Perhaps even more strangely, he was handed the number nine shirt with the Gunners, so expectations were obviously relatively high.

However, one goalless Premier League appearance later, and he was shipped out on loan to both Celta Vigo and Watford. He returned to Asia in 2014 after being released.