A new graphic doing the rounds on the internet today reveals Liverpool have been awarded more spot kicks than any other side since the Premier League began in 1992.

They have been given 133 penalties, eight more than second placed Arsenal.

The list also reveals they have scored the most – 102. However, they do not have the best ratio of penalties given to goals scored. That honour belongs to Chelsea, who have scored 100 of there 114 attempts, a conversion rate of 87.7 percent (Liverpool’s is 76.69 percent).

Liverpool scored 11 penalties last season on their way to a second place finish, most of which were won after fouls on the now departed Luis Suarez.

You can see the full graphic below. Have Liverpool deserved to get so many spot kicks? Let us know in the comments section. 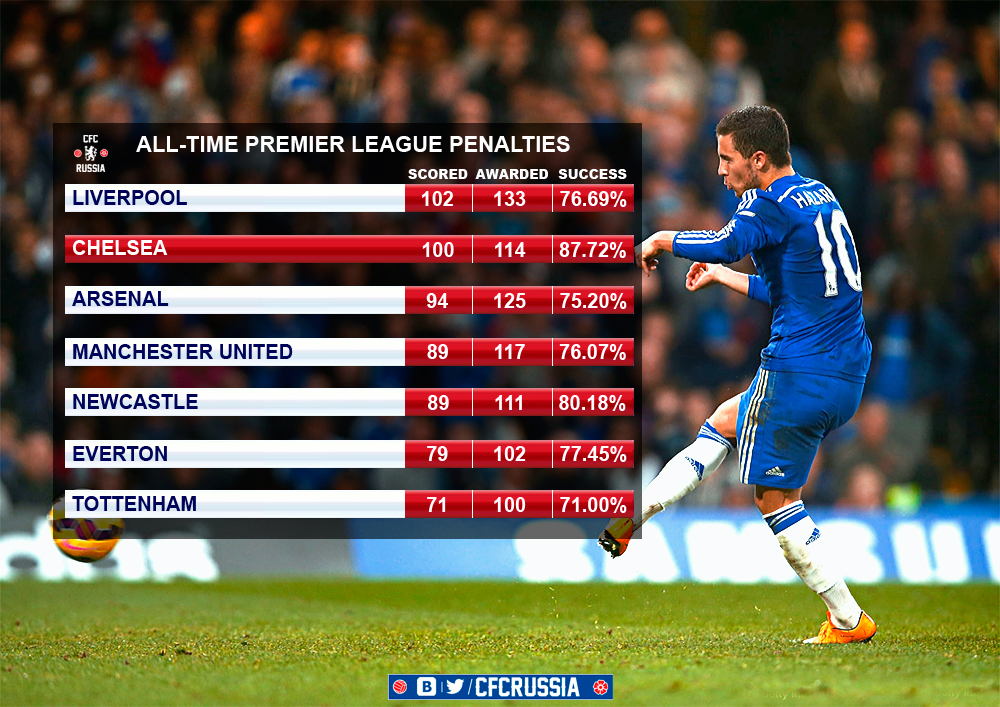