Although he receives very little adoration from Reds manager Brendan Rodgers, Borini gets lots of love at home. He lives with hot model Erin O’Neill and the couple are due to get married this summer.

Borini and Miss O’Neill were at Aintree for Ladies Day this Grand National week.

Judging by these pictures, it would seem that Borini wears the trousers in their relationship – bright pink ones!

Punish your eyes by staring at the monstrous slacks below and then scroll down to see the best of the Twitter reaction. 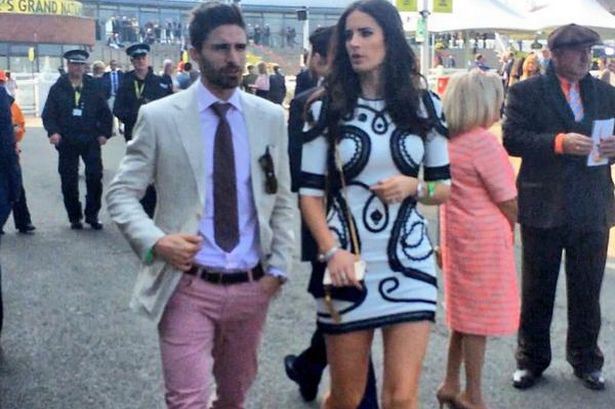 Who said women were the only ones who could dress to impress at Aintree? LFC striker Fabio Borini proves otherwise – and goes for pink…

Fabio Borini waltzing round aintree in pink kecks like a hero

Pink trousers? I see Borini has gone to Aintree dressed as a young conservative out for a day at Henley Regatta

Looked at that picture of Borini about twenty times.

Borini was not the only Liverpool player at Aintree on Thursday. Glen Johnson and Brad Jones were also there with their respective WAGs.