Sunday will see the latest installment of the Manchester derby, and this one is shaping up to be another classic.

With just a point separating the two sides going into the game at Old Trafford, the match is crucial for both in the race for Champions League qualification.

United are a team bang in form – with five straight wins in the league – while City have crashed out of Europe and seen their title hopes slip away in the last few weeks.

But the form book goes out the window when it come to derby clashes – who can forget Paul Scholes’ last minute winner or the last ever derby at Maine Road?

We take a look at five memorable Manchester derbies: 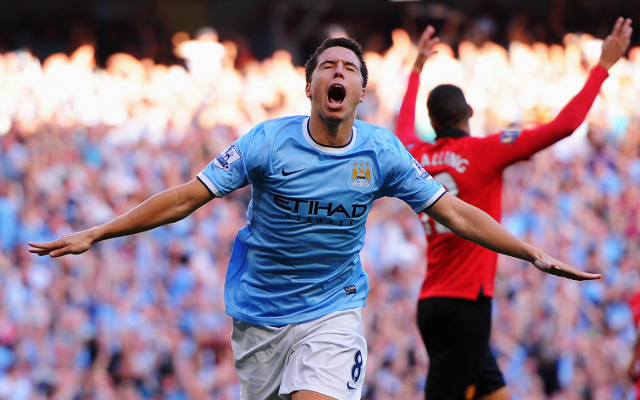 Both Manuel Pellegrini and David Moyes were experiencing this particular derby for the very first time.

City were brilliant throughout, racing into a four goal lead after 50 minutes thanks to Yaya Toure, Samir Nasri, and a Sergio Aguero brace. A late-free-kick from Wayne Rooney gave United a consolation goal.

This was the Red Devils’ first Manchester derby without Sir Alex Ferguson for 26 years.