As Premier League leaders Chelsea prepare to face relegation threatened Queens Park Rangers in the West London derby at Loftus Road this weekend, one player who is expected to start is ex R’s striker Loic Remy, but his former manager Harry Redknapp is still surprised to see him in a Blues shirt.

Remy’s future at W12 was under much speculation throughout the summer, his proposed move to Liverpool fell through due to a reported failed medical, meaning he had to start the season with the Hoops.

But just before the close of the transfer window he departed for the ‘other’ side of West London. 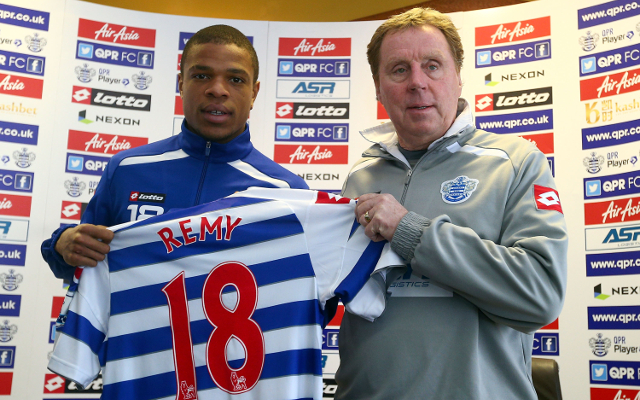 Arsenal were reportedly in the running for the 28-year-old and Redknapp has questioned why the striker chose a move to Stamford Bridge over the Emirates Stadium:

“I got a phone call on the Saturday before the transfer window shut saying that he had done a deal with Chelsea.” the former QPR manager told the Telegraph.

“I was surprised he went to Chelsea, I thought he’d go to Arsenal. I could see Arsenal, but I couldn’t really see Chelsea because I thought ‘he’s not going to play there.”

“It’s a waste really, it’s a bit of a waste of a real Premier League goalscorer. I don’t know what persuaded him to be number two at Chelsea. I thought Arsenal, where he would have played more, would be his move at the time.” he added.

With Diego Costa out with a hamstring injury, Remy is likely to replace the Spaniard on Sunday, and is in good form, too, after scoring the winner last week against Stoke City, on the back of another winner against Hull City before the international break.