With rumours that Arsenal and Liverpool stars Theo Walcott and Raheem Sterling could swap clubs this summer, here’s a look at seven big swap deals that have taken place throughout the years… 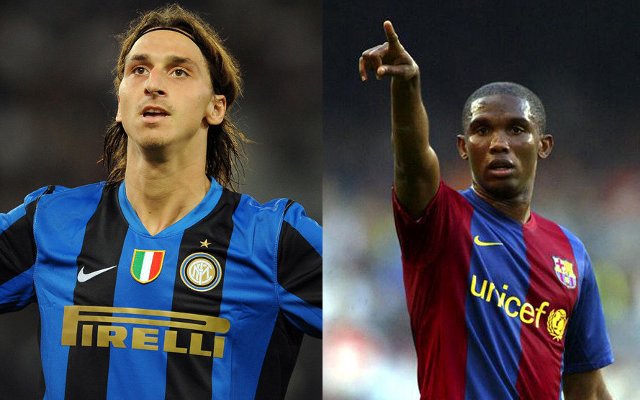 Undoubtedly the biggest swap deal of all time, Samuel Eto’o was offloaded by Barcelona to Inter Milan as the Catalan giants chased Zlatan Ibrahimovic. In the end it didn’t seem to be the best move by the club as the Swede struggled to find his best form at the Nou Camp, while Eto’o had been one of their best players and an undervalued talent for many years.