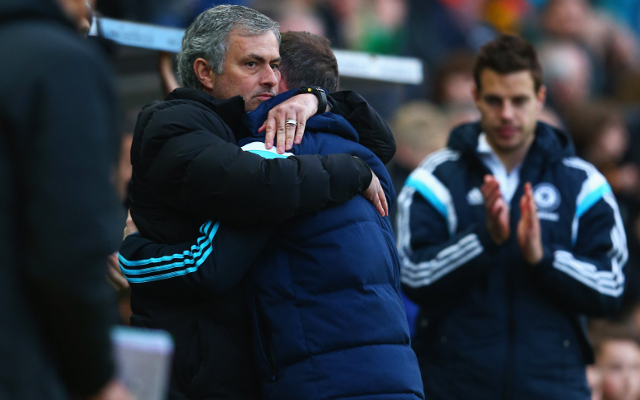 Chelsea boss Jose Mourinho has promised that Roman Abramovich will provide the England national team with some top talent with the club having been accused of favouring more established stars over the years, The Telegraph reports.

An English international is yet emerge from the youth system at Cobham during Abramovich’s reign despite the youth team impressing at U-18 level domestically and across Europe.

The likes of Ruben Loftus-Cheek, Dominic Solanke and Lewis Baker remain on the fringes of the first team and Mourinho has promised that more youngsters will be promoted over the coming years.

“Abramovich has been good for Chelsea, good for English football, good for European football,” Mourinho argued.

“Will the next 700 games under him be good for the English national side? I believe so.

“Now we are going through a period where it’s just about Gary Cahill. But we have some young boys coming into the first-team. Ruben [Loftus?Cheek] is already here. Normally, in a few years they should be there [in the national side].”

Despite his sensational record in terms of trophies, Mourinho doesn’t have a reputation for giving youth a chance and his lack of patience down the years has been the cause of that.

Young players will often cost you points and, as of yet, the Portuguese has been unwilling to take that risk.