Former Everton goalkeeper Neville Southall looks to be enjoying life in retirement after appearing to have piled on the pounds following an appearance on BT Sport this morning.

The legendary Welsh goalkeeper was carrying a great deal more timber in his appearance on ‘Fletch and Sav’, which was live from Goodison Park ahead of Everton’s home match against Swansea, which was the Premier League’s early kick off.

The heavy set stopper made 897 professional appearances, 747 of which for Everton, over 20 years in the game, including one for Bradford City in 2000 at the age of 41 after their first, second and third choice goalkeepers all sustained injuries which forced him to play. Following that appearance in a 2-1 loss to Leeds United, he was criticised for being too overweight to play professional football.

Southall also earned 92 caps for Wales, before becoming assistant manager for the country, along with Liverpool legend Ian Rush, under Bobby Gould. 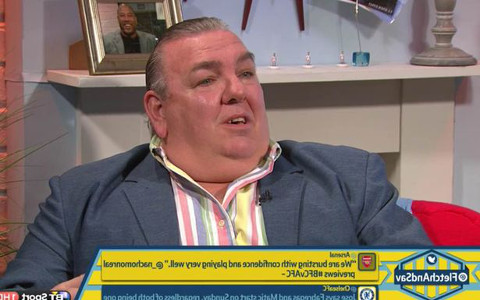