David Beckham recently admitted that he chaperoned his eldest son Brooklyn on his first date to a London sushi restaurant at the age of 14, though it’s all change now as he has turned 16.

It would appear David and Victoria have cut the apron strings somewhat and given him a bit more freedom, as he was pictured enjoying himself and taking in the sights at the world famous Coachella Valley Music and Arts festival in California on Friday, alongside cousin Liberty.

Brooklyn didn’t look out of place at all at the celebrity packed festival, enjoying sets from the likes of rock legends AC/DC while also showing off his festival style.

In a fashion conscious crowd, which included Kylie and Kendall Jenner, he seemed eager to show off the gym work he had done with his dad and wore a sleeveless shirt along with skinny black jeans. In his first time at the festival, he was accompanied by a group of friends, along with Victoria’s sister’s daughter, Liberty.

There were slight signs David and Victoria wanted to keep an eye on him though, as the former Arsenal youth star was followed round by a burly looking minder all day to make sure nothing untoward happened to him. 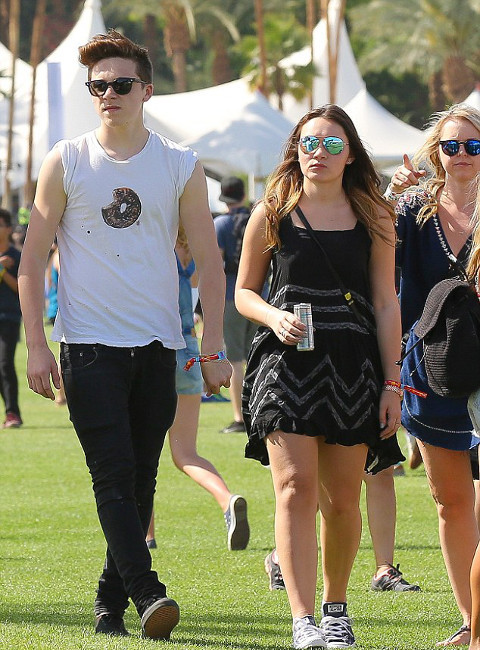 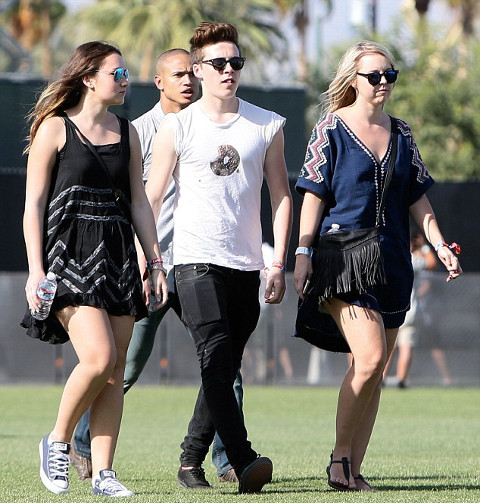