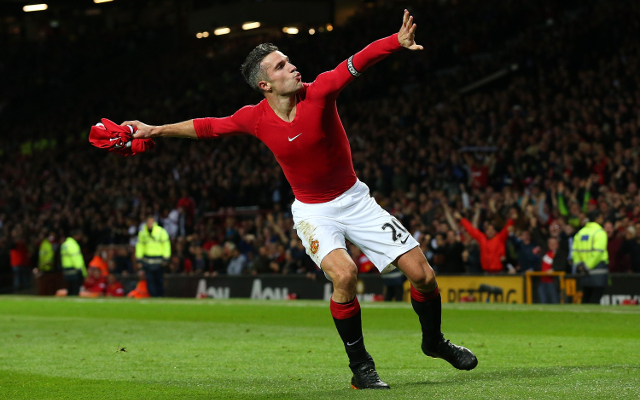 The Dutchman will have just 12 months left on his contract at the end of this season and the Daily Mail believe United are prepared to offer him half of his £10m loyalty bonus – agreed when he joined from Arsenal in 2012 – to free-up wages for a new striker in the summer.

However, with Juventus said to be hovering and Inter Milan also keeping tabs the Red Devils are also willing to work a cut-price deal that would see RVP move to Serie A.

Though the striker would have to take a significant cut in his £250,000-a-week wages the Mail believes he’s on.

With Radamel Falcao and Javier Hernandez also facing the chop this summer, the question turns to just who United will attempt to buy in the summer to replace them.