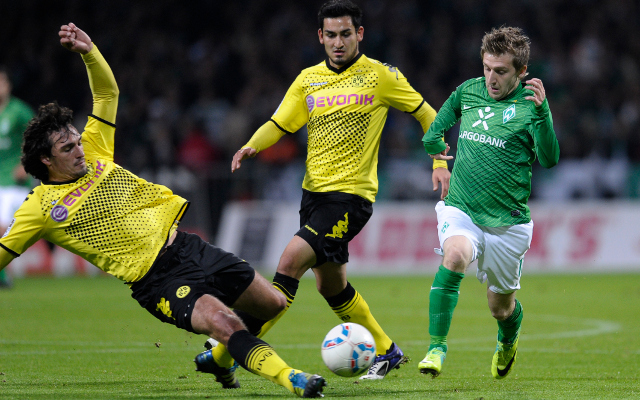 Despite some excellent form which has taken Manchester United comfortably inside the Premier League’s top four, Louis van Gaal is still planning to spend big in the summer as he prepares for an eventual assault on the title.

The first of the Dutchman’s transfer targets appears to be nearing his move, with the Daily Mail reporting that Borussia Dortmund midfielder Ilkay Gundogan has notified the Bundesliga side that he will not be renewing his contract.

In a saga somewhat similar to that of Liverpool’s Raheem Sterling – albeit in a much less public manner, such is the Dortmund way – the 24-year-old has rejected a new £100,000 a week deal. With his current contract set to expire at the end of next season, it is unlikely that Jurgen Klopp will be willing to lose the player for nothing, so an imminent departure may well be on the cards. The Mail report that a fee of £15m may be enough to prise the German international away.

And he could well be joined at Old Trafford by club and country teammate, Mats Hummels. However, with a bidding war likely to ensue, the defender may only be allowed to move on once a bid of £36m has been placed.