Arsene Wenger was full of praise for his defenders as they came through a tough test against Burnley on Saturday with a clean sheet.

The 1-0 win at Turf Moor moved the side to within four points of league leaders Chelsea and while there has been talk of a potential title race, Wenger has insisted that his defenders deserve credit for their performance in the battling win against the relegation-threatened Clarets:

“Our defence was a very important factor because our back line played very well defensively and anticipated a lot. Overall, they certainly played a big part in the win, goalkeeper included.” The Frenchman told the club’s official website. 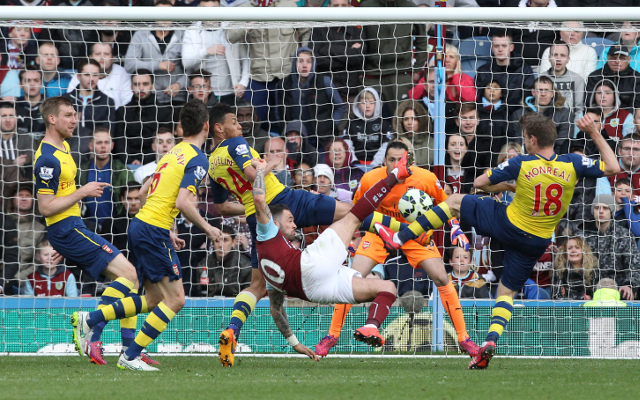 The Gunners have suffered just two defeats in the league since January 1st and have won their last eight in a row following a 2-1 reverse in the North London derby against Tottenham at the start of February and in those games they have kept four clean sheets.

Much of their defensive solidity has been down to having a settled back-four, in front of David Ospina, who has displaced Wojciech Szczesny as the number one, in addition Francis Coquelin does a brilliant job in his defensive midfield position.