Per Mertesacker says Arsenal are simply focused on continuing their excellent form despite being the closest challengers to leaders Chelsea for the Premier League title.

The Gunners have won their last eight league games in a row after the 1-0 victory against Burnley on Saturday and are just four points off the top of the table ahead of Chelsea’s game against Queens Park Rangers on Sunday afternoon.

But speaking to the club’s official website, the former Germany international has played down suggestions of a first league title for the club since 2004, insisting that the Blues remain favourites:

“It’s not in our hands anymore.” he explained.

“They have a decent lead so it’s very difficult for us at the moment, we’re just focusing on ourselves and that has made us very strong in recent weeks.” 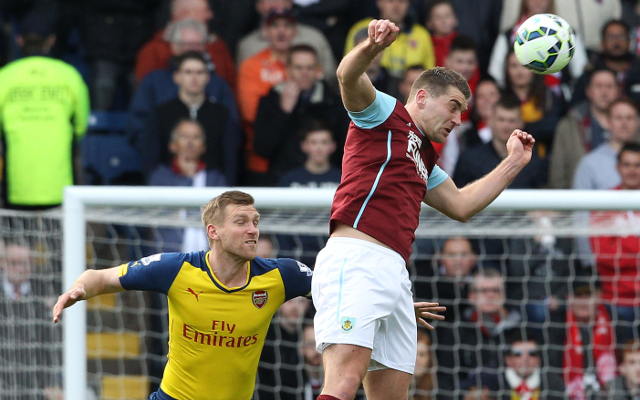 The league’s current top-two face off at the Emirates in two weeks time and that game could have massive implications on where the title ends up this season, although Mertesacker is refusing to entertain talk of the title race, instead he wants his side to maintain their current good form which has propelled them into second place:

“Great togetherness, great spirit and great cohesion is what makes us strong. Even if we have dropped points this season, we came back even stronger.” the Arsenal vice-captain added.