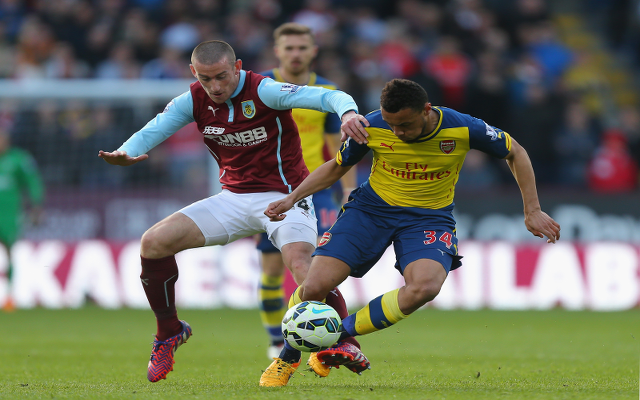 Arsenal midfielder Francis Coquelin has insisted that his self-belief always remained despite his various loan spells with the Frenchman now a linchpin in a side challenging for the league title, the Express report.

Since returning from his latest spell at Charlton in December, Coquelin’s rise to prominence has been a major surprise and, equally, a welcome one for Arsene Wenger.

The Gunners have been reproached over the years for their lack of cover in front of their defence, with the feeling that the Brazilian legend Gilberto Silva was still to be replaced.

The transformation in the side with the inclusion of a bonafide holding midfielder is evident, winning eight consecutive league games.

“I always knew that I could do a job for the team, I just needed a chance to show it,” Coquelin told reporters.

“The loan spell at Charlton really helped me get my confidence up.

“We have been winning games and playing well – we have the FA Cup semi-final coming up as well – we’ll just have to see where it all takes us.”

Burnley found it difficult to find a way past an in-form Coquelin, who’s interception led to the winning goal scored by Aaron Ramsey. Should he continue these performances until the end of the season, the 23-year-old may alter Arsene Wenger’s summer plans.